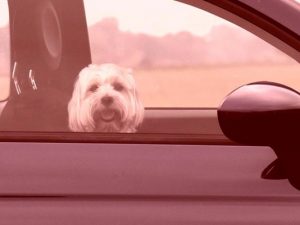 Gov. Ducey said he was “proud to sign” a bill that would protect people forced to break windows to rescue kids or pets from hot cars.

RELATED: What to do before breaking into a hot car for a rescue

“We believe that one hot car death is one too many,” says Bretta Nelson at the Arizona Humane Society.

Nelson and her team don’t look forward to the increased number of emergency calls for pets being locked inside cars during Arizona’s hot summer months.

“Sadly we’ve seen too often that by the time we get there the pet has already passed away,” Nelson said.

The Humane Society is one of several agencies who worked hard with Kavanagh to make this happen.

Gov. Doug Ducey mentioned the proposal in January’s state of the state address and said he will sign the bill if it hits his desk.

Ducey tweeted his response to the bill Thursday.

“Proud to sign #HB2494 and protect Good Samaritans who take action to save a life. Thanks Senator Kavanagh for leading on this vital issue.”