We love our pets and often want to take them with us everywhere.  Living in Arizona during the summer months, doing that is many times not a good idea.  Here is some information to help make the decision that is right for your pet during our extreme temperatures. 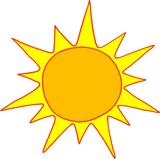 A study from San Francisco University in 2007 shows the following examples:

The study notes that cracking the windows has little impact on the internal temperature.  A separate study from Stanford University showed that even if the temperature is 72 degrees, the interior temperature can get as high as 116 degrees within an hour.

The Humane Society of Southern Arizona reports receiving calls every year, usually after outside temperatures have reached the 80 degree mark.  The Pima Animal Care Center responds annually to reports and numerous citations are issued to owners.

If you do plan to take your pet(s) with you, bring a water bowl and take measures to insure they are not in the car and subject to these extreme temperatures which can permanently harm or kill them.  Minimize the time they are in the car or better yet, leave them at home.

It is a crime to leave an animal in a hot car, subject to injury, and any instance you witness should be reported to the Pima County Sheriff’s Department  (351-4900) or Pima Animal Care Center (724-5900). 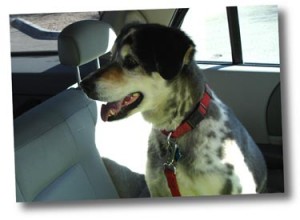 Arizona Revised Statutes allow police and animal control officers all over the state more latitude in enforcing the animal cruelty laws and rendering aid to animals in need.

ARS 13-2910 makes it a criminal offense for anyone who “intentionally, knowingly or recklessly leaves an animal unattended and confined in a motor vehicle and physical injury to or death of the animal is likely to result.” Although many communities, such as the City of Tucson and Pima County, have had similar laws on the books for years, this State law will make the enforcement universal. The statute also allows “a peace officer, animal control enforcement agent or animal control enforcement deputy [to] use reasonable force to open a vehicle to rescue an animal if the animal is left in the vehicle…” Police officers and animal control officers would enjoy immunity under the law from any damage they cause to the vehicle while affecting the rescue. Also see new legislation under House Bill 2494

Animals on tie-outs are also under extreme risk during the summer heat. Often, dogs confined to ropes, tethers and chains have restricted access to shade, shelter, water and food. Some owners may increase the stress on the animal by applying heavy chains unsuitable for pets, or attaching a tether to a heavy object like cinder blocks, tires or weights. If left in the heat, animals living under these conditions are at extreme risk for illness and death. All animals are required to have to appropriate shelter, ventilation and drinkable water under city, county and state laws. Tie-outs are illegal in the City of Tucson and Pima County.

Police and animal control officers will be particularly vigilant each summer to provide education and enforcement in these issues. ACT is asking the public for assistance by contacting 911 for “in distress” animals in unattended cars; or Pima Animal Care Center at (520) 724-5900 for animals on tie-outs.

SUMMER HEAT CAN BE A KILLER IN SOUTHERN ARIZONA – TIPS FOR PET OWNERS:

• Heat can be a canine killer. As our temperatures soar into the triple digits, pet owners need to take extra precautions to help their family companion stay cool. Balancing summer recreation with heat safety is serious business for dogs. Appropriate care during the hot summer months includes: grooming, sun protection, and precautions to prevent heat stroke.

• Hot asphalt can burn a dog’s feet! Asphalt absorbs enough heat to injure the extra thick flesh on a dog’s paw. Never walk your dog on a surface you could not walk barefoot on. Remember that a dog’s body is much closer to the ground than its human counterpart and is more vulnerable to the heat emanating from the road. Temperatures at two and three feet above the ground can be 20 degrees hotter than at six feet. Never go running with your dog after it has been fed and restrict their outdoor activities to the cool hours of early morning or late evening.

• Heatstroke is one of the summer’s most frequent canine afflictions and one of the most lethal! Pet owners should know the signs of heatstroke and how to treat it. Symptoms might include: elevated body temperature (body temps can soar as high as 110 causing irreversible brain damage or death), vigorous panting, unsteady gait, physical depression or agitation, thick saliva or froth at the mouth, rigid posture, vomiting, bloody diarrhea, collapsing and signs of shock.

• Treating heatstroke involves cooling the dog from the inside out. First, the animals should be removed from the source of heat to a cooler surrounding, such as a room indoors, with a fan directed on his body, or the breezy shade of a tree. Next, its entire body should be dampened with cool, (never cold) water. Ice packs should be restricted to the head, neck, and chest. Do not force the animal to drink water, in a state of shock, he could easily choke. Instead, concentrate on keeping the dog’s immediate surroundings cool, monitor vital signs and contact a veterinarian as soon as possible. Heatstroke always requires immediate professional supervision.

• Sunburn prevention is just as important for animals as it is to their human counterparts. Fur is not the problem people think it is. It is a misnomer that a dog’s coat should be cut back to keep them cool during the summer months. Although a dark skinned dog is less vulnerable than that of a light skinned dog they both can suffer from sunburn when exposed to the sun’s rays. It is more important to keep your dog welled groomed and free of mats that cause hot spots (a raw irritated patch of skin) then to shave them and expose their tender skin. Should your dog’s skin become sunburned the following will help; cover the burned area with cool towels and use an aloe-vera preparation for its soothing effects. Do not use topical ointments or sunblock because the animal may tend to lick it off which will further aggravate damaged skin and it might cause itching. As with any medication, consult a veterinarian before trying anything new.

Play it smart – leave your pet at home during the summer – they will be much happier and so will you!