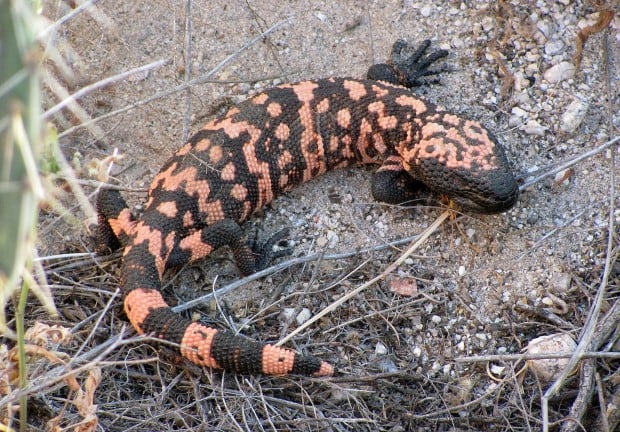 Gila monsters, like this one along an area trail, pose little risk to those fortunate to see one, but they are poisonous.

TUCSON, Ariz. — An Arizona woman accused of killing a federally protected Gila monster and bragging about it online will get a year’s probation.

Sarah Elisabeth Crabtree, of Tucson, received the sentence Thursday after pleading guilty to taking wildlife without a license and possession of restricted wildlife.

She will also have to pay a $400 fine, attend counseling and a hunter’s education class.

A Pima County judge says Crabtree could go to jail for 100 days if she fails to complete the requirements.
She initially faced five citations.

Crabtree posted photos of the dead lizard with a screwdriver through its head on her Facebook page in March.

Crabtree, who received online death threats, said she was trying to protect her children.